Iran captured US stealth drone by spoofing its GPS coordinates which tricked the bird to land within the Iranian territory instead of where it was actually programmed to land. The actual landing zone of the drone was Afghanistan, but with the proudly claimed method by Iranian engineers only a few months back, the drone’s GPS was reconfigured and made it land in Iran.

Iran has a long border with Afghanistan and NATO monitors it for weapon smuggling into Afghanistan. Three years ago the Iranians claimed that they had designed their own drone that had a range of 300 miles and could reach Israel. The stealth plane has been built with very sophisticated technology. It is the same kind of stealth plane that was monitoring the US raid on Osama Bin Laden’s compound in Pakistan. This is a $6 million stealth plane manufactured by Lockheed Martin.

According to the US officials, RQ in its name means that it is unarmed and some industry experts who have written about the Sentinel stealth is that its design makes it more of an operational platform not an intelligence gathering aircraft. It was used to fly support during the Bin Laden raid. Nonetheless, according to the Iranian news, the drone was shot down and recovered almost completely intact which goes as a warning to the US.

An unnamed Iranian engineer has been working on the American bat-wing RQ-170 Sentinel who confirmed that the spoofing method that was used allowed the Iranians to divert the landing of the bird according to where they wanted it to land, that too without hacking into the remote-control signals of the American control centre. 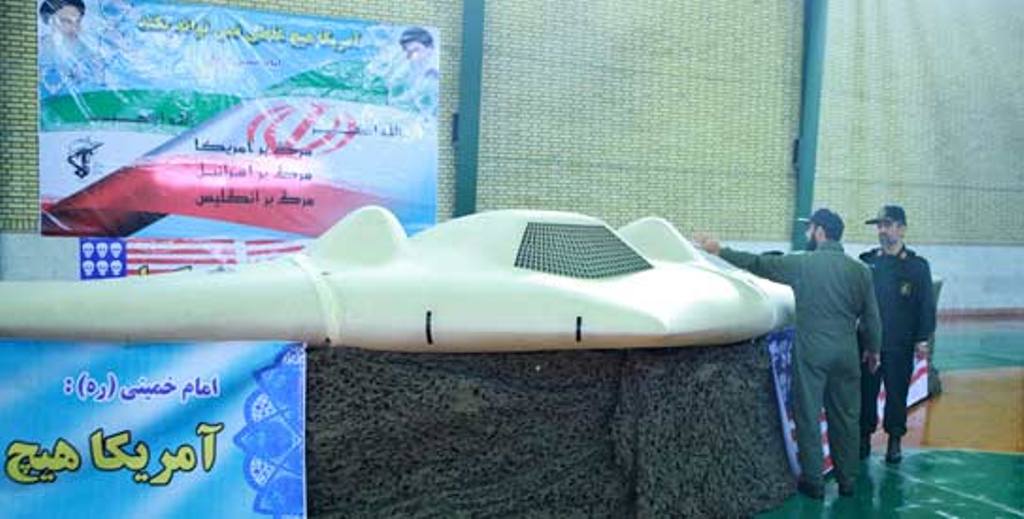 The US RQ-170 Sentinel stealth captured by Iran

US military officials have feared the GPS weakness of aircraft for a long time. According to the US officials, this kind of attack is much more sophisticated than jamming since it is executed under cover and there is no way to find out until the spoofing has already been done. The attack allows the GPS receiver to send wrong GPS signals which makes believe that it is located somewhere in space where as in reality it actually isn’t. The US officials claim their loss of their drone to be a malfunction from their end.

According to the Iranian engineer, he claims that the GPS navigation is the weakest point. Once the bird has been “jammed” through sending noise over the communications, the bird automatically goes into autopilot mode and doesn’t know what to do next. It can then be commanded to do whatever the controller wants it to.

Not a single current GPS system is “spoof proof” due to several reasons. The main reason being it is almost impossible to validate consistently on a “one way” communications channel because of “replay attacks”. Therefore they all require an additional channel of some type that is not possible to jam.

According to some sources, claims have been made that Iran has sold the stealth to China so that China may undertake serious investigations. However, this has still not been confirmed.