Delta Electronics is a Tech giant that provides electronic products and switching power supplies to Major industries in the Middle-East, Asia, and Europe region. Recently, Delta Electronics was his by COnti Ransomware which has been active in the region for quite some time. The ransomware group deployed malware on Delta’s systems and demanded a ransom of $15 million.

“According to the report, the sample may have been used in an attack on Taiwanese electronics manufacturing company Delta Electronics Inc. The hacker group claimed to have deployed the ransomware around January 21, 2022 and demanded a ransom of $15 million (approximately NT$412 million). Of the 65,000 computers in Delta’s network, about 1,500 servers and about 12,000 computers are encrypted.”

Conti ransomware was discovered in December 2019 and is delivered via TrickBot. It’s been utilized against large companies and government institutions across the world, especially in North America. Conti, like other ransomware families, steals important files and information from targeted networks and threatens to disseminate it unless the ransom is paid. Conti virus enhances performance by utilizing “up to 32 simultaneous encryption operations,” and is very likely directly controlled by its controllers. This ransomware can target network-based resources while ignoring local files. This feature has the noticeable impact of being able to create targeted harm in an environment in a way that might hinder incident response actions.

Delta stated that the main affected services are non-critical systems, which are gradually resuming operations. At present, the assessment has no significant impact on the company’s operations, and it has notified government law enforcement agencies and information security units to assist in follow-up processing, and will continue to improve network and security. Security control of information infrastructure to ensure data security. – Data Breach Notification 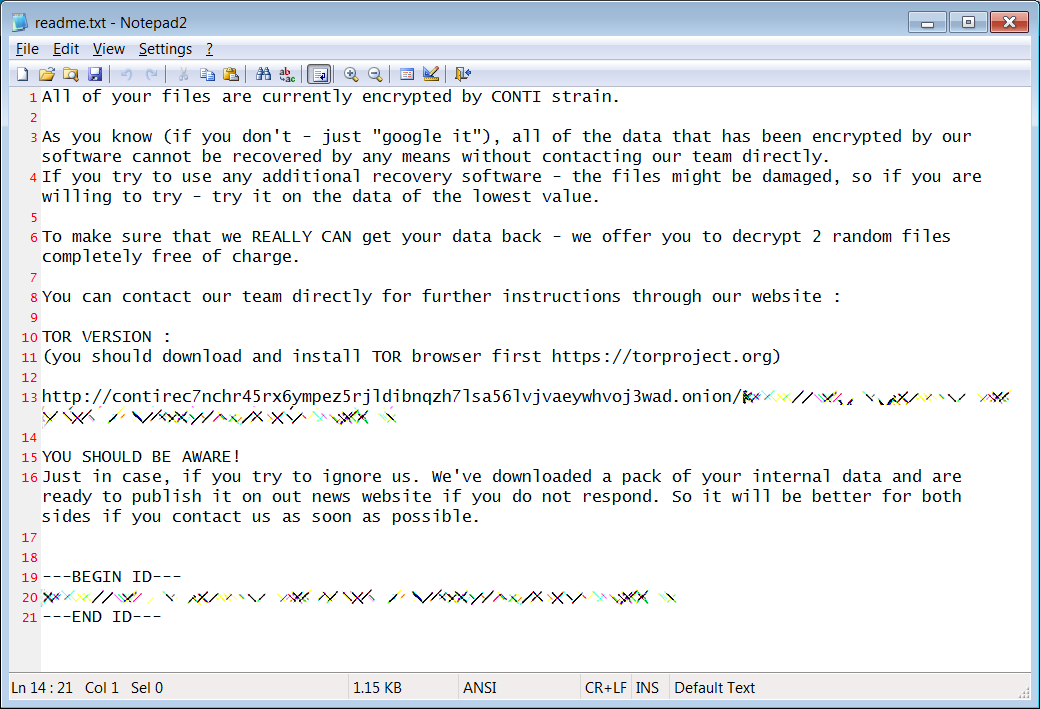